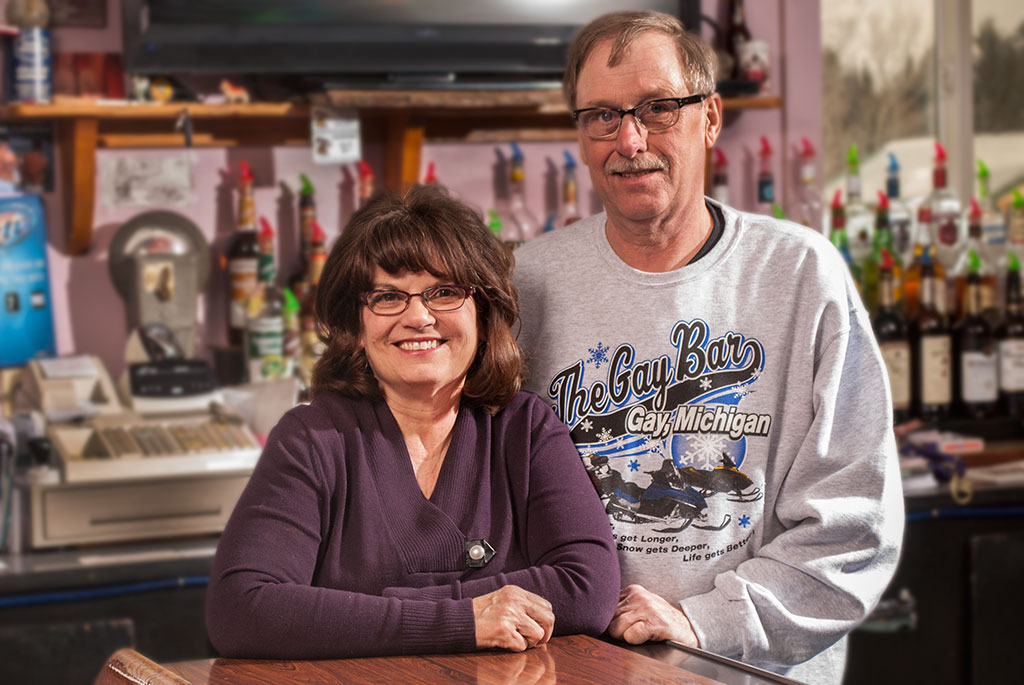 Today, Gay is famous for its bar. The building was originally the home of the Gay stamp mill superintendent Clement L. Adams. There were many owners of the home after he left and it became a center for socializing. It opened as a bar after Prohibition.

Owners of The Gay Bar included Dorothy Lodge and Norman and Mathida “Tillie” Dicks. Norm and Tillie Dicks bought the bar in 1973 to showcase Norm’s extensive gun collection. There were over 240 guns on display including some from the 1870s. In 1983, the bar was purchased by Chuck and Jan Gustafson. They added food including their famous cheeseburger.

Bruce and Christine Fountain bought The Gay Bar in Gay, Michigan. A native of Lake Linden, he later sold The Maple Leaf Inn that he owned in Lake Linden to operate The Gay Bar full-time.